A friend of mine posed a question on Facebook about who are our favourite fictional heroes. The archetypal hero is tall, handsome, square-jawed, muscular, white and male. He charges to the rescue without a second thought and heroically goes about looking for damsels in distress and no-gooders up to no good. Think Kevin Sorbo’s Hercules marching around with or Superman gazing down on the Earth with his steely blue eyes, looking for evil-doers to lecture.

Look around in the real world and you will struggle to identify actual, bonafide heroes. Sure, there are people who do heroic deeds and are recognised for it by the media and at times given a medal or a reward of some kind, but you wold be hard pressed to name one. Take the boy who rescued another kid from drowning in a lake, or the guy who ran into a burning building to rescue a baby, or the old lady who subdued some would be robbers with her handbag. None of them are household names, or even archetypal in any way, shape or form.

In the West, our idea of heroism is perhaps shaped by the romances about chivalric knights errant (who didn’t actually exist) who rode around the countryside fighting dragons, rescuing maidens from towers, and putting down evil barons. Or maybe it goes back further to the mythological heroes that form the legends of every nation on the face of the Earth. But the real life versions of these heroes were men who murdered and butchered people without a second thought, burned villages and raped women in the name of their kings and liege lords.

People are starting to understand this better now and the heroes of old just don’t seem to cut it nowadays. Hence the numerous reinventions of Superman to make him more relevant and relatable, (from the cape wearing demi-god to the t-shirt wearing individual who is struggling to come to terms with his nerfed powers and having Wonder Woman carry him around like a handbag), and the increasing trend of swapping out the genders and ethnicities of storied heroes like Spiderman, Thor and Captain America, to provide an alternative narrative.

What a writer needs to understand is that heroism isn’t some inert quality or trait possessed by those who are genetically blessed. It is instead something much more situational; time-limited and dependant on the presence of alternatives. All the real world examples I noted earlier feature normal people going about their own business when they are presented with a situation that creates an opportunity for heroic intervention. Normally in this situation people would defer to a uniformed person to deal with the situation, or if none is present, then ring the emergency services. But if the situation is time-limited, i.e. someone is drowning, and no else is available or willing to step forth, this creates the window for an individual to carry out a heroic intervention.

A more recent example is the Tunisian shootings, were one individual decided to target tourists. In this situation, the hotel and resort staff noted that the shooter was targeting White tourists, and that there was no uniformed presence, and nor would the police be able to get there on time to intervene. With no other alternatives, the hotel and resort staff took it upon themselves to form a human chain to block the path of the shooter. 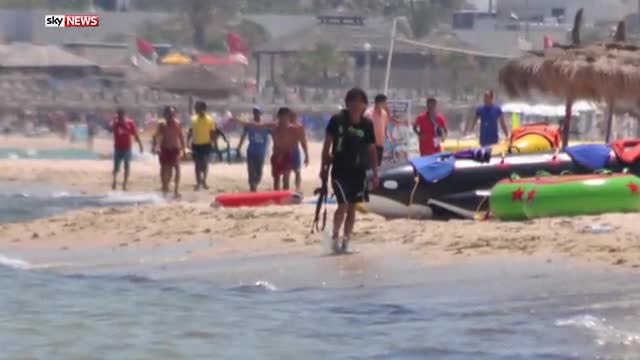 Figure 2 Hotel and Resort workers form a human chain, turning away the shooter

Now, think back to the rebooted Tomb Raider game, featuring a younger, more inexperienced version of Lara Croft, or Ajay Ghale from Far Cry 4. Neither of them is an archetypal hero, neither of them set out to be a hero and neither of them has any specific training. But then they are cast into a situation where the alternatives of rescue for their friends and people have diminished to nothing, and no matter how long they wait, no other help will be forthcoming. The situation is therefore perfect for them to step up and become the hero.

I tried to capture this exact situation in the Adventures of Some Kid. Zach Caan, the protagonist of the story, finds himself in some difficult situations, and in most cases, is happy for the adults to take the lead in the heroics. But time and again, he finds himself in a situation where he can’t rely on someone else to do something, and where not doing anything isn’t an option. So he takes action.

The only shared qualities of these ‘real-world’ style heroes is that they are not heroic by nature, they find themselves in situations where they feel they have no choice but to act, but importantly, never think of themselves as being heroic.